Home ARCHITETTURA “Junìpero Serra: California, Indians, and the Transformation of a Missionary” 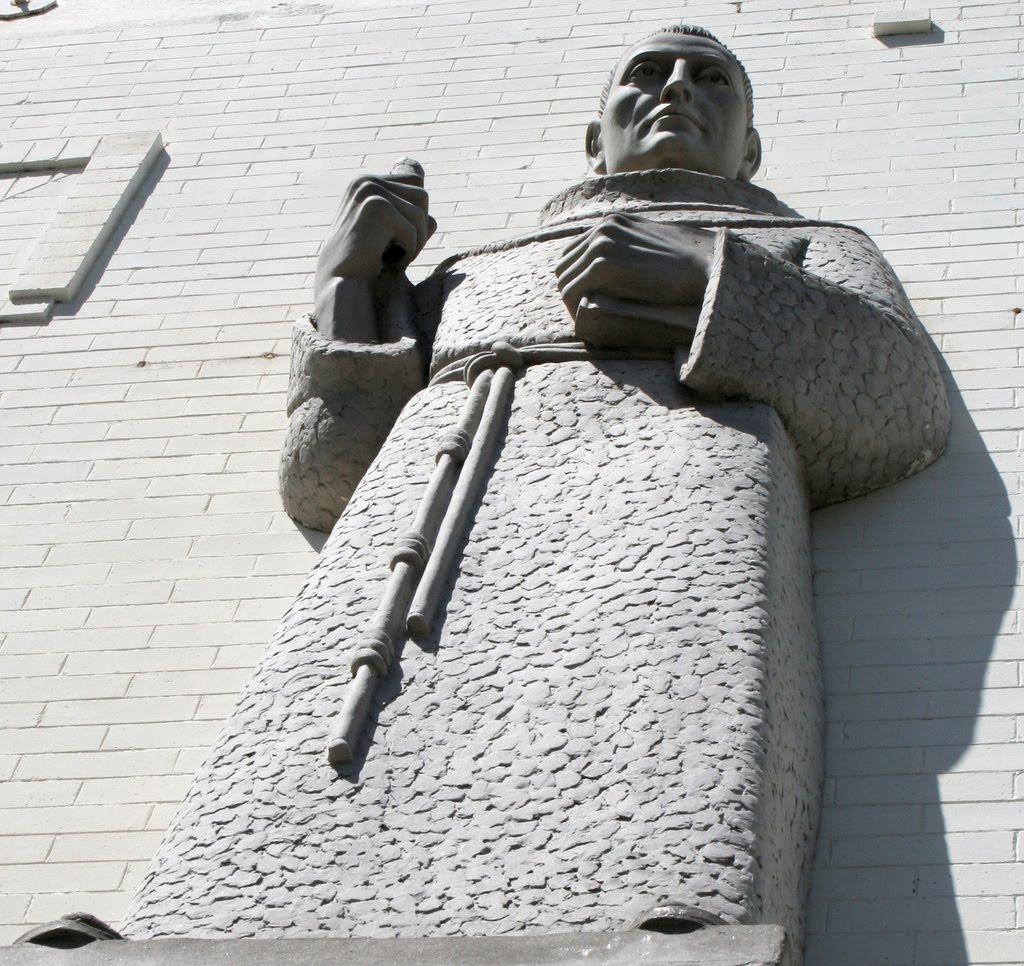 Authors of the book

“Junìpero Serra: California, Indians, and the Transformation of a Missionary”.

For over two decades our major research focus has been on California and the American Southwest before those areas were incorporated into the United States. During that era they were part of the Spanish Empire and then of the Mexican Republic. We found that as we were investigating the experiences of the people who lived in these regions, many of them had important relationships with the California missions. Indeed, when we were researching the history of women in Mexican California by reading the reminiscences they composed in the 1870s, we found that many of them wished to talk about their own experiences working at the missions, their relationships with the mission priests, and the importance of the missions in the lives of their families. In a word, everywhere we turned in Spanish and Mexican California we found the imprint of the missions. So we decided to look at the missions more systematically. We decided to begin at the beginning and to focus on the life of their founder Fr. Junípero Serra.

As president of the California missions, Fr. Serra composed a large number of letters and other documents. He was constantly writing reports to other colonial officials, to other missionaries in California, and to his religious superiors in Mexico City. A good number of these documents have ended up at the Santa Barbara Mission Archive-Library in California. This was largely because Mission Santa Barbara remained under unbroken Franciscan control throughout the 19th and 20th centuries. In addition, in the 1930s, when movement to beatified Fr. Serra developed, the director  of the Santa Barbara Mission Archive-Library, Fr. Maynard Geiger, traveled widely throughout archives in the United States, Mexico, and Spain and collected a large number of additional documents composed by Fr. Serra or documents relating to various aspects of his missionary career. Copies of those documents were brought by Fr. Geiger to Santa Barbara. Accordingly, the Santa Barbara Mission archive library is the indispensable source of documentation relating to Fr. Serra. Most of the documents we consulted we obtained from the extremely helpful director of the archive library, Dr. Monica Orozco.

The Spanish presence in the Americas had both political and religious aims. The Spanish monarchy was interested in spreading the Spanish Empire and thereby increasing the wealth of Spain. Also, Spain’s national identity was heavily related to its religious identity, specifically to the 700 year “reconquest” of Spain from the Moors, which culminated with the seizure of Granada in 1492. Thus, Spanish activities in America inevitably had a religious dimension. As the Empire spread, Spain sought to assimilate the native peoples of the Americas and make them productive citizens of the Spanish Empire. This meant, among other things, converting them to Catholicism. The Spanish entry into California in 1769 continued this trend. The entry into California was a mix of military and religious actors and the missionaries found themselves to be both colonial officials and Catholic missionaries. Their aims were to further the assimilation of the native peoples and the spread of the Empire by converting the Indians to Catholicism. In addition, since European-style agriculture and living in pueblos or towns, were part of Spanish culture, the missionaries attempted to inculcate these practices among the native peoples.

When Fr. Serra met native peoples in California, he brought with him the overall outlook that thinkers and ecclesiastical figures in Spain had developed regarding the native peoples of the Americas. In general Fr. Serra, along with most people in Europe at the time, believed that the native peoples of the Americas were in a state of “natural infancy.” That is, while they were regarded as fully functioning human beings, they were regarded culturally and intellectually as inferior to Europeans. That notion of inferiority was also evident in the way in which the Spanish missionaries treated native religion. They regarded it as a form of infantile paganism which needed to be changed if the Indians were to be assimilated into the Spanish Empire.

We found that Fr. Serra engaged in a number of transformations during his life and we thought that highlighting those transformations in our title was an important way of making one of the points that we think is central to understanding him. He was not a one-dimensional figure. Rather, he changed, developed, and evolved as he was affected by experiences which he had throughout his life. The first transformation which Fr. Serra experienced was a transformation from a young peasant boy working the fields with his father to a Franciscan in Palma, the capital of Mallorca. Then he transformed himself from a young religious struggling to understand what it meant to be a faithful Franciscan to a respected and esteemed teacher and preacher in Mallorca. By 1749 Fr. Serra was one of the best-known Franciscans on the island and he was held in high regard by his students at the University and by many people in the various villages of Mallorca where he had preached.  Then he was transformed again, from an academic to a missionary. This occurred when he left his home island and arrived in Mexico in 1750. He worked for eight years among the Pame Indians in the Sierra Gorda, a region about 100 miles north of Mexico City. After he finished working among the Pame people in 1768, he experienced another transformation. He spent an additional eight years preaching “domestic missions.” He was a member of a group of Franciscans who, at the invitation of the local bishop, would visit various parishes and try to heighten the religious fervor and commitment of the people in the parish. The most important transition for Fr. Serra came in 1767, when he went to Baja California. There, for the first time in his life, he was able to encounter the people for whom he had left his island and his home almost two decades earlier: unbaptized Indians. He left Mallorca wanting to be a missionary, desiring to preach the gospel to those who had never heard it. But from 1750 to 1769, he was unable to do that. The Pame Indians among me worked in the Sierra Gore had already been evangelized before he got there. And all of the people he met when he was preaching his domestic missions had already been baptized. But when Spain decided to move north from Baja California into upper California, Fr. Serra had the opportunity to meet Indians who had never been baptized before. This was the final transition of his life and for him it the moment of this transition was dramatic. On May 15, 1769 he encountered, for the first time in his life a group of unbaptized Indians. As he described it in his diary, this was one of the most emotional days of his life. He said that when he met them, “I praised God, kissed the ground, and gave thanks to our Lord for granting me this opportunity to be among the Gentiles in their lands, after longing for this for so many years.” For the next 15 years of his life he would find his primary identity in seeking to spread the gospel among native peoples who had never heard of it before.

Fr. Serra was one of the prime movers in the Spanish occupation of California and therefore he was one of the first Europeans to establish a presence in what is now the American state of California. He was certainly not alone. There was always a significant number of soldiers in California and, over time, many other settlers came from northern Mexico to make their homes in California. But Fr. Serra was one of the first, and, as a pioneer, he did much to set the character of the European settlement of California. The first nine missions that he founded gave their names to various areas of California and many of these names, such as San Francisco, San Luis Obispo, and San Diego, are still the names of these places. When people come to California most of them do not realize that they are passing through places that were originally named by Fr. Serra and his missionary companions.

The Spanish incursion into California was a double incursion, a military incursion and a religious incursion. The military set up four presidios, or forts, and the missionaries eventually set up twenty one missions in the state. The first nine of them were founded during Fr. Serra’s presidency. In general the relationship between the military and religious participants in the colonization process was fraught with tension. The missionaries generally tended to organize and congregate the Indians around missions and they tried to keep the Indians away from other soldiers, because they thought that the history of the Spanish Empire in the New World had conclusively demonstrated that native peoples would be oppressed and treated very badly by Spanish colonizers. So an important part of the missionary sense of identity was that they were in California to protect Indians from potential exploitation by soldiers and settlers. The soldiers and settlers, on the other hand, resented the fact that the missionaries would not make the Indians available as workers for their own enterprises and tensions between soldiers and settlers and missionaries were rampant in early California history. Fr. Serra set up five missions very quickly after he arrived in California, San Diego among the Kumeyaay people in 1769, San Carlos among the Rumsen people in 1770, San Antonio among the Salinan people in 1771, San Gabriel among the Tongva people in 1771, and San Luis Obispo among the Chumash people in 1772. Two missions were founded among the Ohlone people as a result of the Spanish desire to occupy the land around San Francisco Bay. These were San Francisco in 1776 and Santa Clara in 1777. San Juan Capistrano was founded among the Ajachmen people in 1776 and San Buenaventura was founded among the Chumash people in the Santa Bárbara area in 1782.

Fr. Serra’s legacy in California was a dramatic one and his legacy is still hotly contested by people living in California. Many California Indians regard the Spanish presence in California as a presence which took away their lands and subjugated them under Spanish rule. In that they are absolutely correct and missions were definitely a part of the Spanish colonial enterprise. In addition, European diseases and the fact that Spanish livestock destroyed the plants, fruits, vegetables, and game on which native California had existed for centuries meant that the death rate among California Indians was very high and many contemporary Indians blame the mission system for that. But the missionaries believed that the benevolent paternalism they were offering the Indians was preferable to what they genuinely thought would be the more violent oppression the Indians would experience if the missions did not exist. This controversy is still very much alive in California and this is why there is still much debate about Fr. Serra’s legacy. 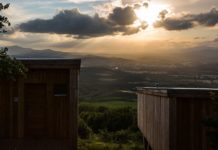 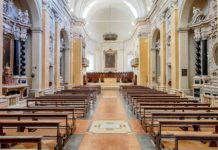 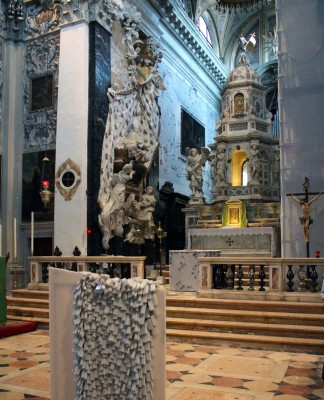 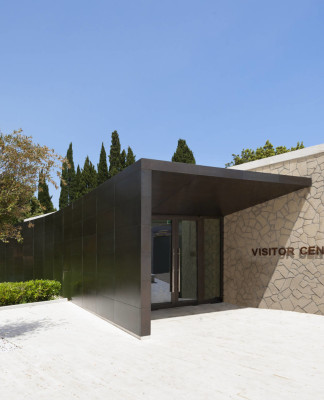 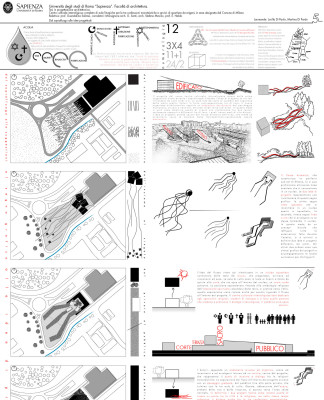 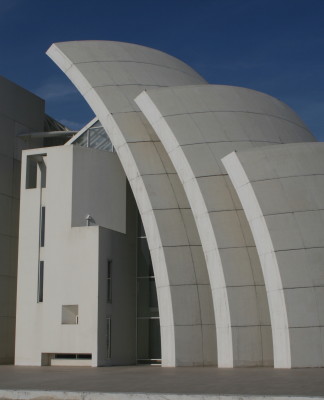 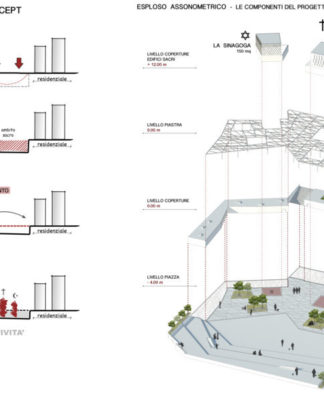 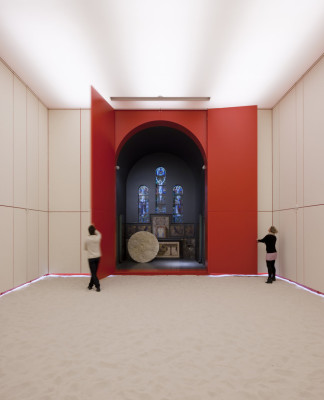